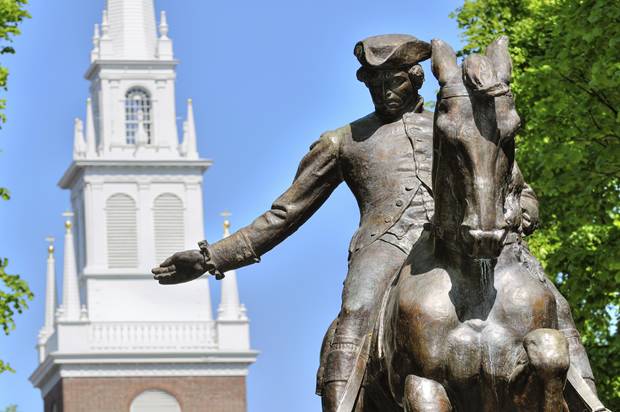 Everyone has heard the expression; it’s not what you know, it’s who you know. That thought struck me right between the eyes when I was helping my Daughter with some history homework. They are studying the American Revolution and Paul Revere’s infamous ride to wake up the Colonists to warn them that “The British are coming!”

One my curses in life, is that I have this knack for remembering the weirdest stuff. As my Daughter was telling me all about Mr. Revere, I happen to remember the story of William Dawes. Who is William Dawes you ask? So do most Americans.

One of the things we talk about in Real Estate is to be the “go to” person in someone’s circle. It’s always nice to be “that guy”, the guy that knows who to call when you need something. One of the goals in our business is to be viewed by your clients as a connector, or the person who knows people.

If you need a good flooring person, you want your clients to think of you to recommend a good man/woman for the job. Knowing the right person to call makes you more valuable to your client, and we all know, the more valuable you are… the better.

Part of your unwritten job description is to know a good lawn guy, pool guy, flooring guy, kitchen guy… this list goes on forever. If you know the right people and know how to spin referrals they come back to you tenfold.

A lesson to be learned here is if you cannot answer the question “do you know a guy who…” or have the phone number to the guy I just talked about; it might be time to carry that kind of list with you. I carry mine in my phone, labeled: pool guy, flooring guy, plumber guy… you get the idea.

So who is William Dawes? William Dawes took the southern route outside of Boston to sound the alarm that “The British Were Coming!” back in 1775. So why is Paul Revere legendary and William Dawes lost to history?

Paul Revere was a connector, within minutes of arriving in a town he knew exactly who to talk to. Revere would be in and out of a town in minutes and have church bells ringing, minutemen reaching for the muskets, and entire communities preparing to fight for freedom in the coming hours.

William Dawes was not a connector. He would ride into a city and not have a clue where to start. Town Elders and Minutemen along southern route woke up to the sound of musket fire from the British Army having never received the alarm.

It’s not what you know, it’s who you know. Both men had the same story to tell. The delivery of this message was of grave importance and had incredible sense of urgency. One man knew who to talk to and the other didn’t. One man is famous for doing his job and the other… well my guess is that you didn’t know who he was until this post.

While this may be a stark contrast between being a connector and not, in a tough market it could be the difference between a paycheck and not having one.

Not A Member Yet?